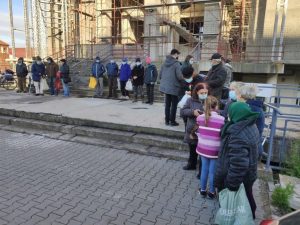 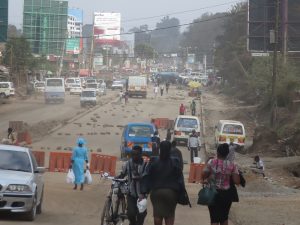 Reports of recent activities undertaken by our members

One farmer’s efforts to produce food

How Pope Francis inspired a Thailand parish to plant 800 trees 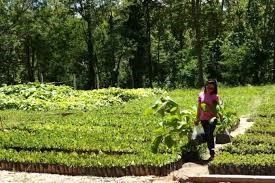 Inspired by Pope Francis’ encyclical on caring for creation, and concerned by environmental threats around them, Catholic parishioners in Thailand are planting hundreds of new trees. “Pope Francis has enlightened us and appealed to us in his encyclical ‘Laudato Sì’ for collective action and bold cultural revolution to tackle environmental issues,” said Father Daniel Khuan Thinwan. “As pastors it’s our responsibility to take these teachings to the peripheries so that the faithful can find their true meaning in practice,” he told CNA June 6.

For the reforestation program, families helped grow plant saplings and brought them to the church. After Sunday Mass, young and old began digging and planting the saplings to help replenish the forest and bring greener plant life to the hills. The trees will help contain air pollution, prevent soil erosion and maintain soil fertility. They will also give new life to wild flora and shelter to animals and birds. The trees will help bring rain and maintain temperature and ground water level in the area. Fr. Daniel said the effort is “a small step which will help to make an impact on climate change for a better world.” “We need to tackle these issues and challenges before it too late to save our planet, our ‘common home’.”

The priest said that the parish catechesis on “Laudato Si” motivated the community. There are also environmental problems in the region, including acute water scarcity. Thailand is suffering its worst drought in the last 20 years. The water level in the river basins, dams and reservoirs is very low, at 10 percent. This has adversely affected the farmers in many regions. In addition to water scarcity and deforestation, the environmental issues facing the country include pollution and decline in wildlife population.

The Infant Jesus Church and School and GEM E-NEWSLETTER had organised a BEST TREE CONTEST. More than 250 school students, including some parishioners took part in this contest.

On the occasion of the first “Laudato Si” Anniversary, the Institute for Community Organisation Research and the Archdiocesan Office for Environment (AOE), Mumbai will be awarding the greenest school which registers for this competition. All participating schools may avail for free the consultancy services of ICOR-AOE for their greening activities.

Recycling of waste in Edatheruvu

At a time when some parts of Palakkad municipality are under the threat of getting affected by various epidemics due to piling up of garbage, village Edatheruvu stands out due to a unique citizen initiative aimed at collection, segregation and scientific disposal of the waste from as many as 160 households. The village, which started the initiative five years ago, started a waste collection centre on Sunday where daily collection would happen under the supervision of representatives of families in the village. 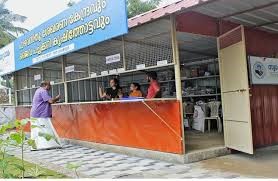 While rotting garbage would be handed over to the municipality after collection, solid waste would be segregated and disposed off in a scientific manner. Used newspapers, empty bottles and other solid waste with commercial value would be sold to get funds for the activities. An organic vegetable farm and a processing centre for garbage would soon function close to the collection centre and they would solve its dependency upon the municipality to dispose of rotting garbage. Bio-manures to be made at the treating plant would be used to promote agricultural activities in the village.

Rainwater harvesting tank the villages, which is ironic given that “Chhattisgarh receives an average rainfall of 1200 mm, but does not harvest even 10 percent of the rooftop water for drinking purposes”, says Paras Yadav, a trained hydrologist working with Samerth, an NGO working on water and other social issues in the state.

Advantages of using rooftop rainwater harvesting
• Provides self-sufficiency to water supply.
• Reduces the cost of pumping groundwater.
• Provides high-quality water that is soft and low in minerals.
• Improves the quality of groundwater through dilution when recharged to the ground.
• Reduces soil erosion in urban and rural areas.
• Is a cost-effective and simple technique.
• RWH structures easy to construct, operate and maintain.
• In saline or coastal areas rainwater provides good quality water, and when recharged to the ground, it reduces salinity and also helps in maintaining the balance between the fresh-saline water interface.
• In Islands, due to the limited extent of freshwater aquifers, rainwater harvesting is the most preferred source of water for domestic use.

A rooftop rainwater harvesting model was constructed by Samerth at Madiya Kachar village in Bilaspur district to combat the contaminated water that the community, which was predominantly the Baiga tribe, had access to. The model structure had a capacity of 66,000 litres and was set up at the primary school building at Madiya Kachar. The school was chosen for the following reasons:

• It had a flat roof that could capture maximum rainwater.
• The number of school going children at Madiya Kachar was higher than those at nearby schools.
• Iron contamination was highest in the village.
• The dropout rate of school going children was rising rapidly due to the non-availability of drinking water within the school premises.
• The drinking water source was 1km away from the school building.

Greetings from Kamwenge Catholic Men`s movement, Kamwenge Parish, Fort Portal Diocese, Uganda. We are fairly doing well despite the low income earnings. This time we are in dry season and the yield of this last season as been very poor due to drought.
We are sorry for having delayed in celebrating our patron saint which was supposed to take place on 19th March 2016. This was due to unavoidable circumstances which included financial incapacitation and our leaders had gone for further studies. 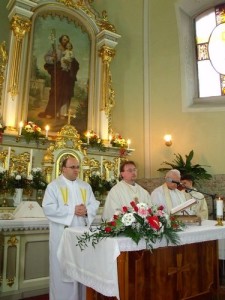 Nonetheless we have managed to re-arrange the celebration on 16th July 2016 and the day included the following programme:-
 Holy Mass in which we collected money to help the needy and orphans.
 Annual General Meeting (AGM) 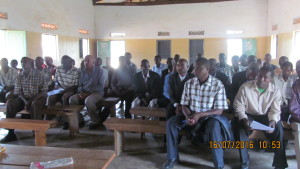  Awarding Certificates of Merit and appreciation to members who served the Catholic Men’s Movement since 1993 to date and to some institutions at the parish which have been assisting us financially in our activities.
 We had a get together lunch before departing.
Some of the photos taken on that day are under enclosed.

Here Romania report on their celebration of Men’s Day.

Six churches of the Roman Catholic Diocese of Satu Mare was celebrating the Feast of St. Joseph.
Saint Joseph is the symbol of the saint obedience, the familycare, humility and modesty. Pope Pius IX. appointed him as the patron of the Church in 1870. The liberation of Vienna in 1683 and the liberation of Buda (part of Budapest) in 1686 was considered by the House of Habsburg as St Joseph’s instrumentality. Besides, he is the patron of the workers, the engaged couples, last but not at least the Unum Omnes is celebrating on this day the Men’s Day too. 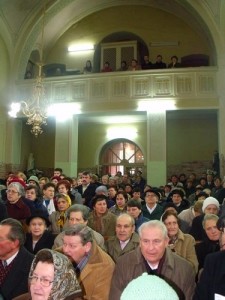 In Satu Mare / Romania, the Association of Catholic Man “St. Joseph-The Worker” was contributing at the festival Holy Mass. After that in the central park of the city, the association organised the Way of the Cross. Prayers were led by Father Joseph Lieb, the members of the association, their families, and young people followed him. Thanks to the students of the Roman Catholic High School “Hám János” for their help at the stations and in the events around. Their help gives hope for the continuation of this tradition. 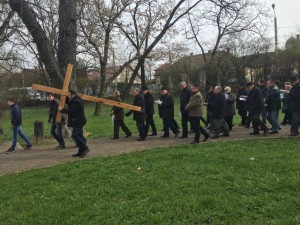 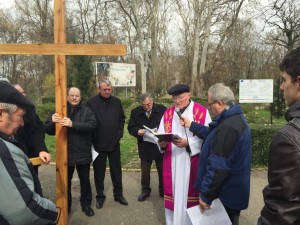 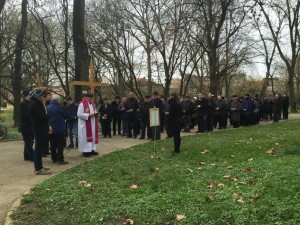