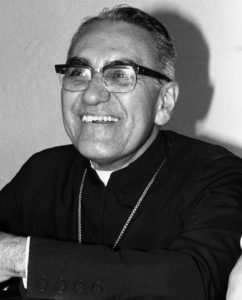 Since 1981, the Catholic Men Movement of Austria has given an Award to persons in Latin America and Africa who are working under extraordinary circumstances to advance human rights. The Award includes a Euro 10,000 unrestricted cash stipend given to the winner and/or organization.

Under the winners are very important and known persons on the Human Rights field like Bishop Erwin Kräutler (also winner of the Right Livelihood Award), the Somalian model Waris Dirie for her fight against Femenine Genital Mutilation (FGM) and this year winner the Austrian Dr. Maria Schiestl who works since more than 20 years in the Loita Masaai Area managing the only health clinic in the region. The clinic was established by the Austrian Development Agency to help increase primary health care for the Maasai community. The clinic provides preventive, curative and rehabilitative outpatient services to the most vulnerable segments of the Kenyan population. The services enable individuals and communities to have power over and to enhance their health.

The 2016 Romero-Award was the 35th such award given.   But why Oscar Romero? This Award is named in honor of Archbishop Oscar Arnulfo Romero of San Salvador, who was murdered on 24 March 1980 because of his opposition to violence and his courageous defense of the poor and innocents in his country of El Salvador. In the same year the Catholic Men Movement of Austria wanted to remember his act of courage giving yearly an Award to a person or organization who acts like Bishop Romero of San Salvador. He was declared a martyr by Pope Francis on 3 February 2015, paving the way for his beatification, which took place on 23 May 2015.

The list with all the Award winners can be found here: www.seisofrei.at/romero

Dr. Maria Schiestl from Tirol Austria holding the Romero Award 2016 give to her on 25 November by Austria´s Catholic Men Movement in Innsbruck, Austria.